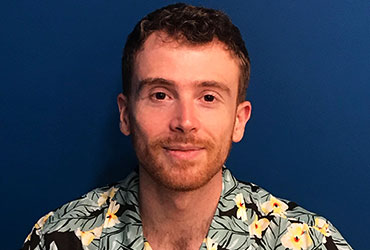 Dario De Pasquales, originally from Italy, made his way to Seattle where he began his current vacation rental business and stayed for nine years. Keep reading to see how he came this far!

Dario rents houses and apartments for people who are going to Seattle, bed and breakfast style. His tenants are not only vacationers but also those who need a place to stay for work.

Dario has lived in Seattle for nine years and has only recently moved to New York six months ago. He came to the United States for more work opportunities and the “culture of entrepreneurship. I just wanted to do business and innovate ideas… I like the creativity in business. It was lot easier to do here than in Italy, where it was a lot more about tradition than innovation.”

He found his way to his vacation-rental business initially through CouchSurfing 12 years ago. “At that time, I had an idea to make a version of CouchSurfing where people pay for experiences. Let’s say you’re passionate about birdwatching… you could offer a tour to people and they pay for that, then they stay at your house for free. Nothing fancy, like an air mattress or a couch in the living room.”

Dario has always been interested in meeting people who travel and hearing their stories. He continued CouchSurfing in Seattle. When he and his friend were brainstorming a side business together, they found that another friend had a room on Airbnb.

“We didn’t know about it very much, but through him, we did the same thing for my apartment and from there we just decided to get a whole house and… rented multiple rooms instead of just one.”

All this was a side-hustle at first, as Dario had other businesses as well.

“At that time, I actually had two other businesses… I was teaching part-time Italian, and [had] my own Italian language school. I had a website, flyers, posters. I would organize free meetup groups where I would teach a sample lesson once a month. I would just run these eight weeks language courses. At that time, I was also doing some classes where I was doing dinners. So we were cooking and talking in Italian. Also with another friend, we were partnering up doing cooking classes. He was the teacher of the cooking classes and I would just spread the word around about it and help translate. I had also started, for a year, an after school program for kids around emotional intelligence in Seattle.

Dario ended up closing his other businesses and focused on his vacation-rental business. Although it wasn’t the project that he was most passionate about, it gave him the opportunity to work less hours and possibly expand. Three years later, his business has expanded to ten employees in Seattle, an office manager, and four customer service representative in the Philippines.

Being Your Own Boss

Like many people who work for themselves, Dario found it hard to discipline himself and create a structure.  “There was a lot of time when it was just me. When it went to a lot more people [being] involved, it was a lot easier because you’re part of something.”

Dario is also happy about the freedom. “It’s nice that I get to do something that I was always passionate about, that I could utilize some of my creativity and my interest, putting out a vision that’s aligned with my values.”

By the end of this year or next year, Dario hopes to start buying some property as he normally rents property and re-rents it. He also doesn’t want to expand the business as much for now.

“Until now, I’ve reinvested the profits into expanding. Now, I want to settle and make things more efficient, more organized, [and] improve the profitability of certain properties that may need the extra TLC. Then [I would] try to use that money to get into investing in real estate and using the short-term rentals as [not only] a way to make more money than regular long-term rentals but also as a way to not having to pay for property managements since there is always infrastructure in place for this.”

As a business owner, Dario encounters and learns from various challenges.

One of them is finding new properties that are in good condition, geographically convenient, and affordable. The last one is his greatest trial at the moment.

“In Seattle, the rent has increased a lot in the last five years, about 10% a year. There is some legislation that’s coming up in Seattle, the way that it’s happening in New York, where they’re going to try to not allow any people that are running bigger operations like me. They’re going to allow one person to rent only their own house plus one more, something like that. That’s going to force me to move more towards the corporate housing model and work with companies to house people that move/relocate to the city and also move to other platforms that are not vacation rental-centric.”

Dario has had to come up with models to expand his business in a way that is responsible.

“Cash flow has been a challenge a couple times this last winter. I was a little understaffed, and I didn’t quite have my accounting in place where I can realize that I was losing a lot of money because the properties weren’t being rented because there was a low demand. I lost a lot of money, I freaked out, I thought I ran out of money before the summer would come… I had to learn more about corporate structures and taxation from my accountant. [I also had to learn] how to keep the books and how to have the books kept in a way that gives you some intelligence on what’s going on with the business.”

He has also been learning how to work with website builders and property management systems for short-term rentals, figuring out how to have a system that allows him to syndicate his listings on different platforms and how to keep all of that synchronized.

Despite the challenges along the way, he is moving forward and doing what he had initially set out to do: pursue entrepreneurship and be creative.